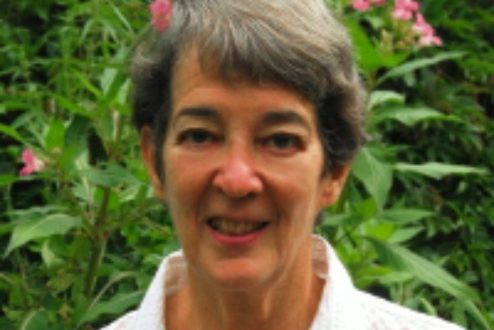 A few days ago, my good friend Barbara Blouin died. I am filled with sadness and gratitude; for her release from pain and suffering, and for her long and enduring friendship.

Barbara and I met through our work as social workers in Nova Scotia, both gaining Masters degrees as mature students; hers following a PhD in French Philosophy and mine from a GED and Community Services Diploma. Barbara lived with her husband Denny in an upscale neighborhood on a tree lined street of manicured lawns and lush gardens. I lived on the opposite side of town with my three teenage kids in a small second story apartment butted up against a freeway. From the beginning we were kindred spirits, our friendship lasting more than thirty years, bridging the gap between wealth and poverty.

Many would describe Barbara as difficult; she was often critical and judgmental of others she believed did not measure up to her high expectations of moral responsibility. She despised hypocrisy and loathed political leaders who failed to use their discretionary powers to improve the lives of others. She wrote extensively on how welfare polices affect the poor, speaking out at every opportunity, railing against injustice, regardless of how it was received or the impact on her. She inherited a large fortune and spent the latter part of her life giving it away. In a radio interview several years ago, I heard her tell the interviewer she had given most of her money away, all but four million. A few years ago she told me she was worried for the first time in her life, that she would run out of money before she died.

Despite our friendship and different circumstances, never a dime passed between us. I think we both understood, though neither of us mentioned it, that money could divide us. Had I asked her for money to help with rent or buy groceries she would have given it to me without hesitation. She was generous and routinely helped people in need. But I was too proud to ask and I think she understood that offering me money would have injured the pride I felt in my independence and change the nature of our relationship.

Barbara and I spoke a lot about money and poverty. We shared our stories. She was deeply aware of the tremendous power of privilege and wealth and felt the responsibility acutely. At one point I was her boss; another time she was my support during a bout of cancer. We were equals, appreciating the qualities we admired in each other. I loved her honesty and integrity. She loved and respected my determination and energy.

I am the proud owner of two of her books: ‘The Legacy of Inherited Wealth: Interviews with Heirs, and ‘Like a Second Mother: Nannies and Housekeepers in the Lives of Wealthy Children.’ She co-founded The Inheritance Project, (https://theinheritanceproject.com) and spent the next twenty years speaking out about the burdens of wealth, providing a forum for others to share and learn about how those like herself, managed their wealth to benefit others. And it filled her heart with joy to do so.

I am keenly aware of how blessed I am to have had Barbara as a friend all these years. She played a significant part in helping me appreciate that suffering begets us all regardless of circumstance. Yesterday was her funeral and though at times I rail against the technology that turns human connections into hurried clips, mojos and snips of text on the fly, I am thankful to have had that same technology available to me, free to participate though thousands of miles apart, in a final farewell. “Safe journey,” I tell her. “You have left your indelible mark on this earth.”